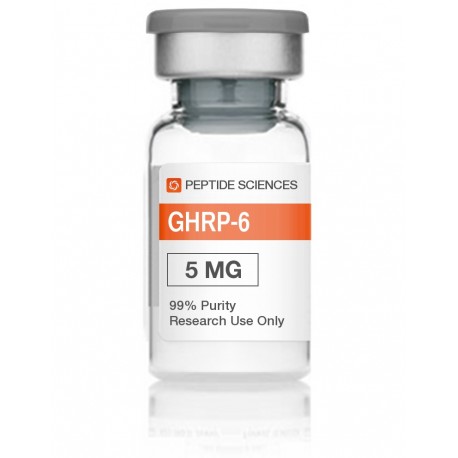 GHRP-6 is a synthetic drug from the Group of peptides with strong hyperplastic and strong anabolic effect. In human medicine, GHRP-6 is also important. GHRP-6 5mg is abusive used doping substances in order to build muscle and performance.

GHRP-6 is a synthetic drug from the Group of peptides with strong hyperplastic and strong anabolic effect. In human medicine, GHRP-6 is also important. GHRP-6 5mg is abusive used doping substances in order to build muscle and performance.

In human medicine, to use peptides in particular in the framework of therapy of thehormonally-related retardation stature. Other possible indications include anorexia, cachexia, osteoporosis, or muscular dystrophy.